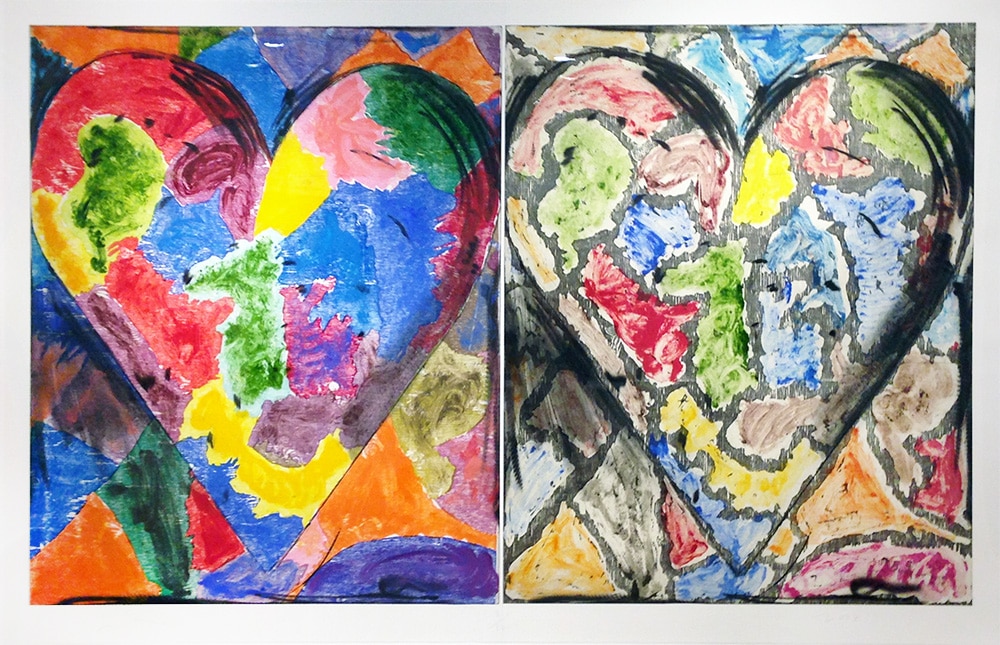 Jim Dine is an American contemporary artist whose œuvre extends over sixty years. Dine’s work includes painting, drawing, printmaking (in many forms including lithographs, etchings, gravure, intaglio, woodcuts, letterpress and linocuts), sculpture and photography; his early works encompassed assemblage and happenings, while in recent years his poetry output, both in publications and readings, has increased.

Dine first depicted bathrobes in 1964 while searching for a novel form of self-portraiture at a time when “it wasn’t cool to just make a self-portrait”; he thus conceived an approach without representing his face. Dine subsequently saw an image of a bathrobe in an advertisement in the New York Times magazine, and adopted it as a surrogate self-portrait which he has since depicted in varying degrees of realism and expressionism.

Dine initially expressed this motif in the form of a large heart of stuffed red satin hung above the character of Puck in a 1965–66 production of William Shakespeare’s A Midsummer Night’s Dream at the Actors’ Workshop in San Francisco, for which he designed the sets (his original introduction to the motif had been a series of red hearts on white backgrounds he had seen as a student). In time, the heart became for Dine “a universal symbol that I could put paint onto” and “as good a structure geographically as any I could find in nature. It is a kind of landscape and within that landscape I could grow anything, and I think I did.” The formal simplicity of the heart has made it a subject he could wholly claim as his own, an empty vessel for ongoing experimentation into which to project his changing self. The heart’s status as a universal symbol of love further mirrors Dine’s commitment to the creative act: “…what I was in love with was the fact that I was put here to make these hearts—this art.